I was playing with the idea to write an application inspired by xkcd comics 715 since it was released, but today I finally found time to whip it up!

The whole source code is a single webpage (HTML+Javascript/jQuery) around 100 lines long. It basically forms the query by replacing hash sign “#” with the particular number from loop and then asks Google via its Search API. Resulting data are shown via Google Visualization API. It doesn’t have much eye-candy yet, but it works and that’s what counts. :-) I put the presets Randall came up with and also added some of my own. I will now describe the first three in detail: 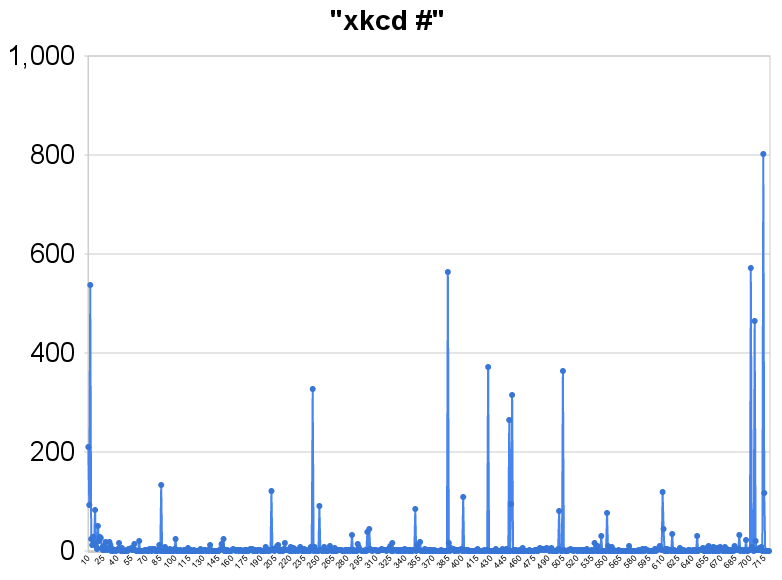 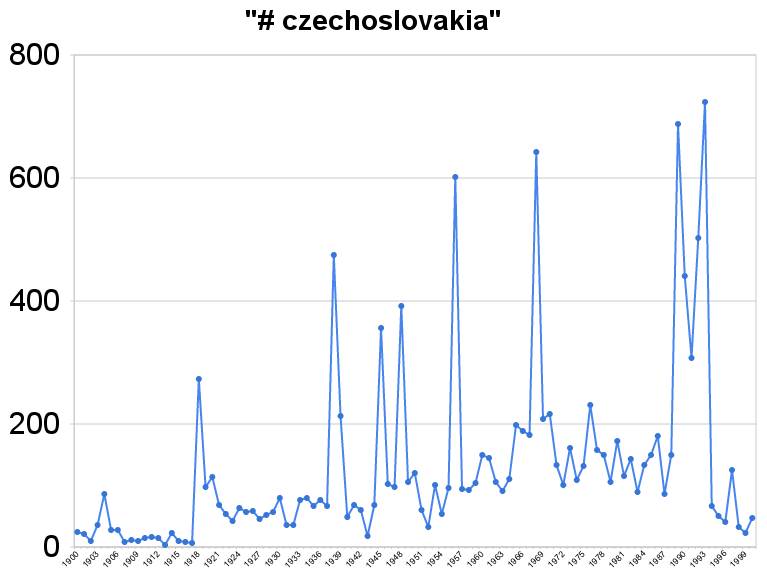 The last one, "favorite number is #", shows the distribution of favorite numbers. Three, seven, eight and thirteen were expected, but I was surprised to see peak also at 42. I guess you know why. :-) 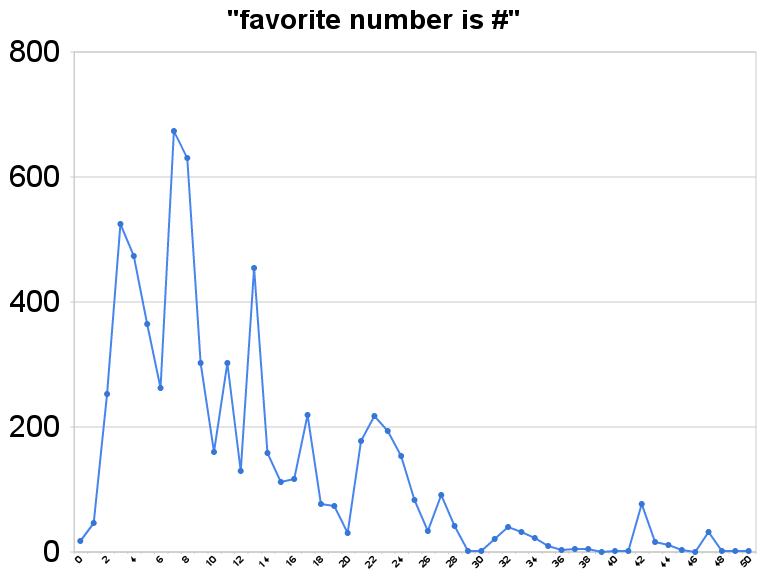 Bear in mind that there are still some outstanding issues and also if you have any ideas for interesting presets to add, I’d be more than happy to include them!