I got an idea while looking at the cool project called RaspiBlitz. They are using a nice LCD shield on top of Raspberry Pi for their Lightning Node. What if I tried running the Trezor Emulator on the same hardware setup? Trezor is completely open-source, so this should not be a big problem, right? Here is the result of my late-night experiment. And it’s beautiful! 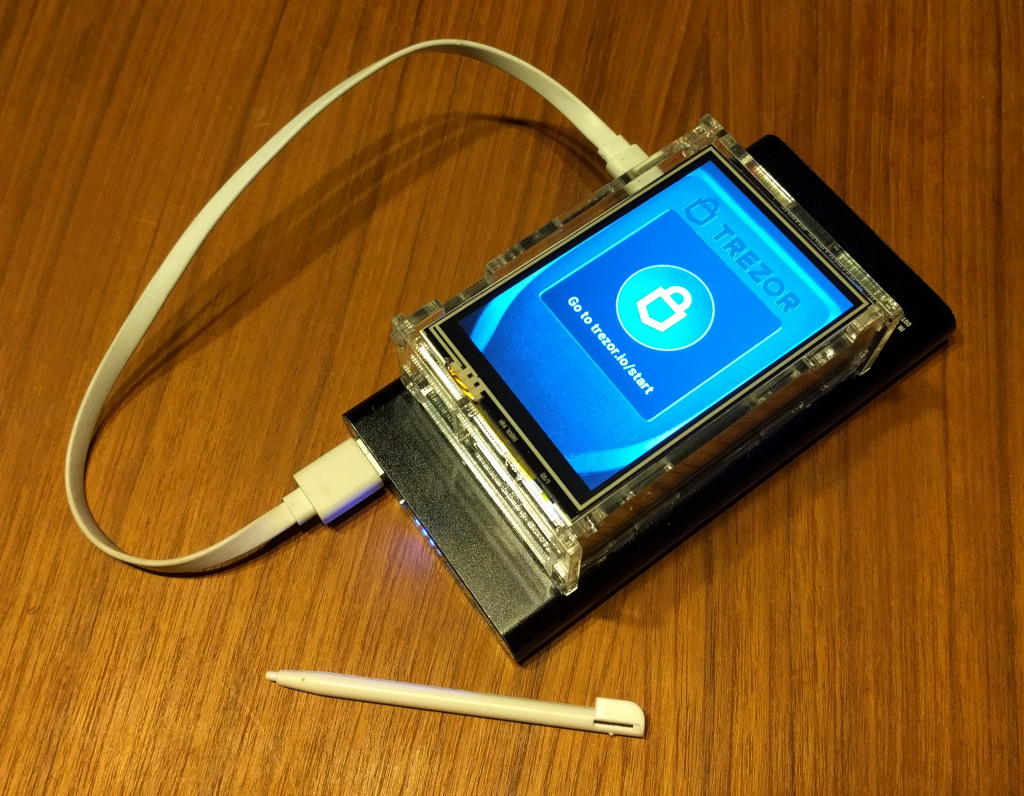 You can even connect it (via WiFi) to the Trezor web wallet and use it like you would use a real thing! However, the real Trezor is faster and smaller.

Never use the emulator for storing any value, it’s intended for testing only!

So, what do we need to build this?

Preparation steps, they are more-or-less the same for any Raspberry Pi based projects:

Let’s now install the display driver. Run the following in the terminal:

This will do the reboot, so let’s wait until Raspberry Pi starts again. You should see the internal display being used now.

And the Trezor Bridge:

The sed command above is required, because we need the bridge to listen to remote connections too, while the original bridge only listens at localhost.

We now have everything set! Let’s run the following two commands in two terminals. One is the bridge, the other one is the emulator.

You need to replace {RASPI_IP_ADDRESS} with your Raspberry Pi IP address.