Last Friday we held an openSUSE 11.4 Release Party in Prague, more particularly in the first Czech hackerspace called brmlab. We decided to go with later date and not doing the party immediately after the release, so we could have promo materials available. This included openSUSE posters, DVD media, T-shirts but also openSUSE beer! Thanks Michal and Klaas for delivering them to Prague. In the beginning we had 100 promo DVDs and we ended with slightly more than 10, so I think the event was a huge success! 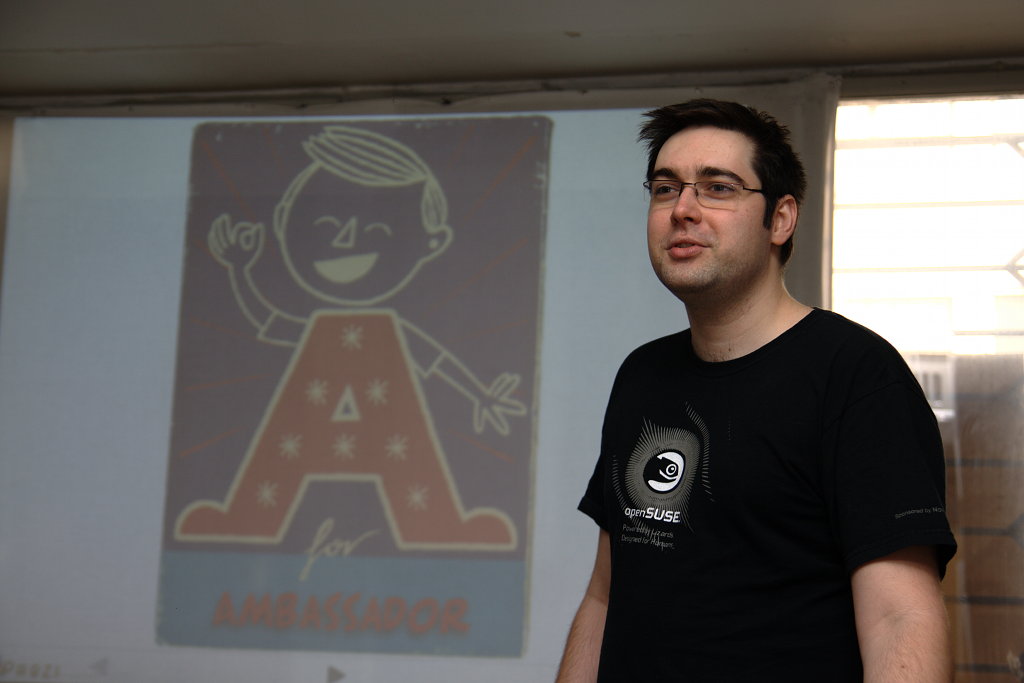 We planned to start the event with a talk from Martin about changes in YaST and WebYaST and his plans to reincarnate the “classic” YaST using Ruby, but Martin got ill, so we had to improvise. Fortunately, we had a lot of new faces in the audience, so I could reuse my presentation from the last release party called openSUSE from A to Z. Most of the things mentioned there are still valid now anyway. :-) 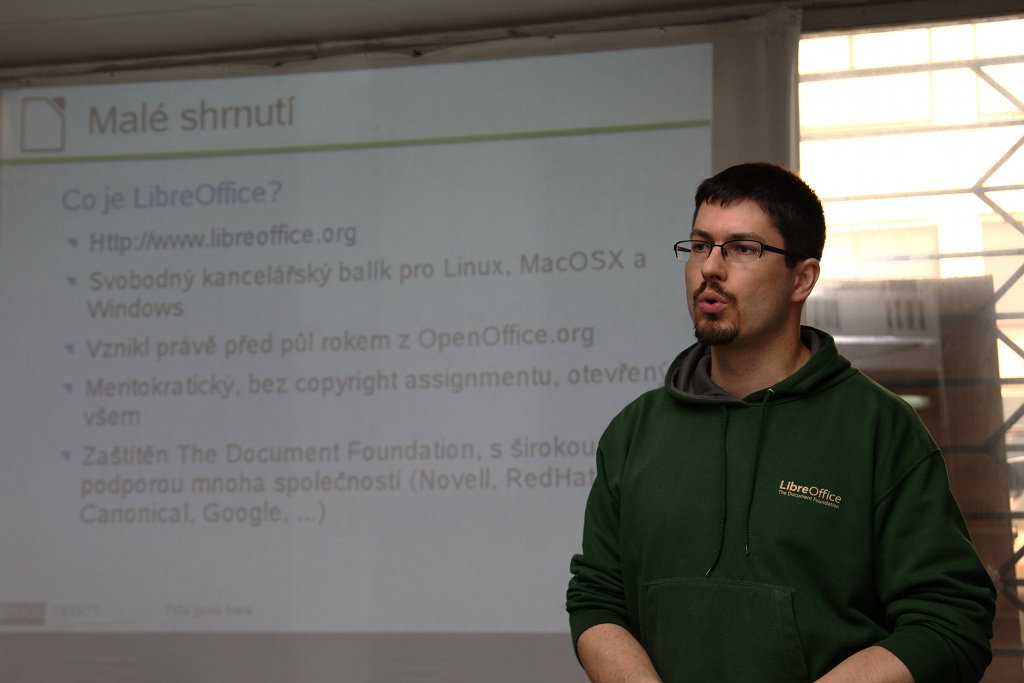 Next on program was a talk from Kendy about LibreOffice. He explained the reasons for forking, some new features available in version 3.3, but also ways how one can contribute to the project. For example, there is a list of easy hacks which includes things like translating German source comments into English or removing unused code. More advanced programmers can participate in Google Summer of Code by solving one of the ideas (btw, this also applies for openSUSE: ideas to grab are here). 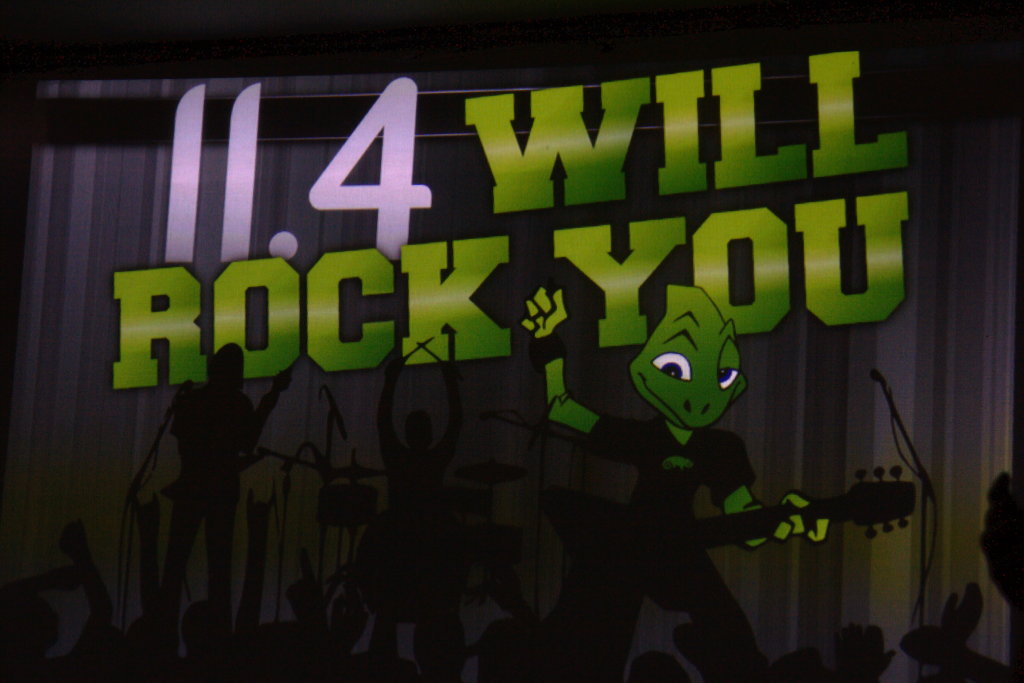 The official part continued with my talk about changes in openSUSE. I talked about our desktop environments shipping with the latest 11.4 release (KDE, GNOME, Xfce and LXDE), about applications like Firefox and other browsers or LibreOffice. I also mentioned changes under the hood like Linux kernel, Xorg + Mesa or systemd. At the end I mentioned other changes in the project like Tumbleweed initiative, split of Packman repositories, SUSE Studio and virtualization in general and our web infrastructure: more precisely Build Service and Connect.

The last talk was given by Miro. He is an editor-in-chief of the Czech Linux magazine called LinuxExpres. While doing interviews in our offices a week ago, we asked him if he’d be willing to do a talk at our release party about Xfce 4.8 which is available in 11.4. To our delight he agreed, although he uses Xfce in Debian, but he wanted to see how 4.8 looks like. In fact, openSUSE is the first major distro to have Xfce 4.8 in its stable release!

After the Xfce talk we had pizzas for dinner and continued with free discussions, playing with KDE 4.6 and GNOME 3 on our touchscreen, simply having a lot of fun! Thanks Alena and the whole Prague SUSE office for sponsoring food and drinks! 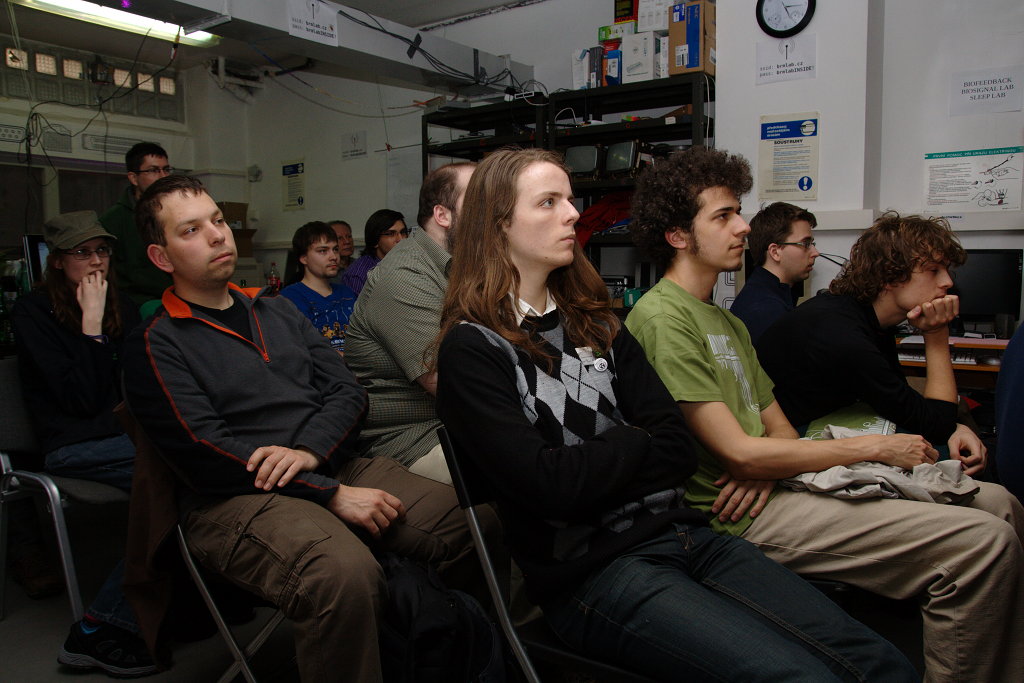 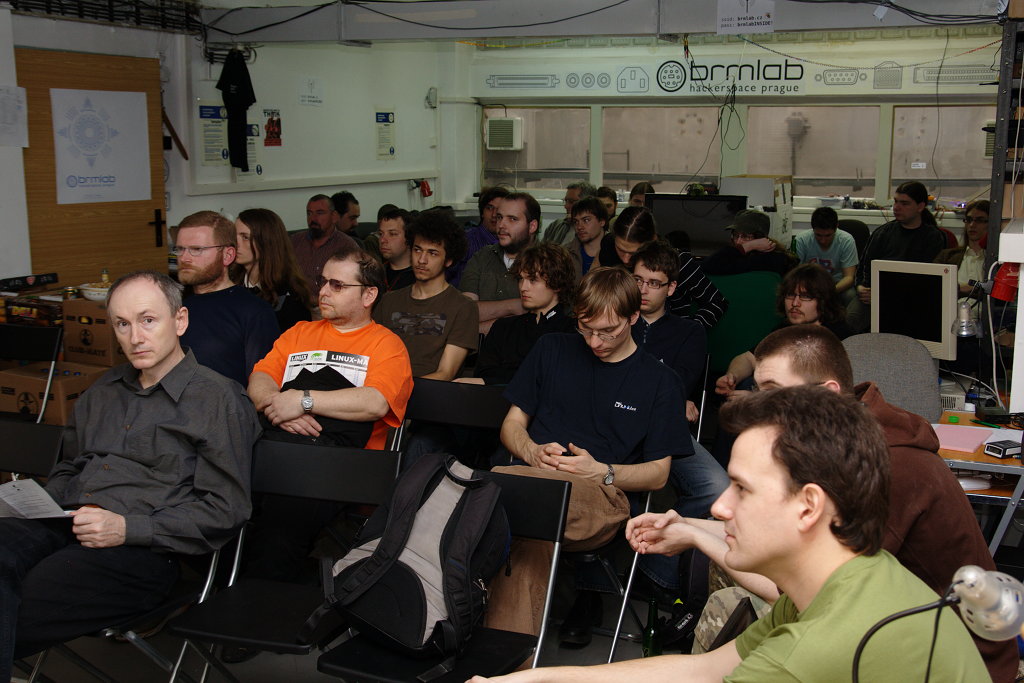 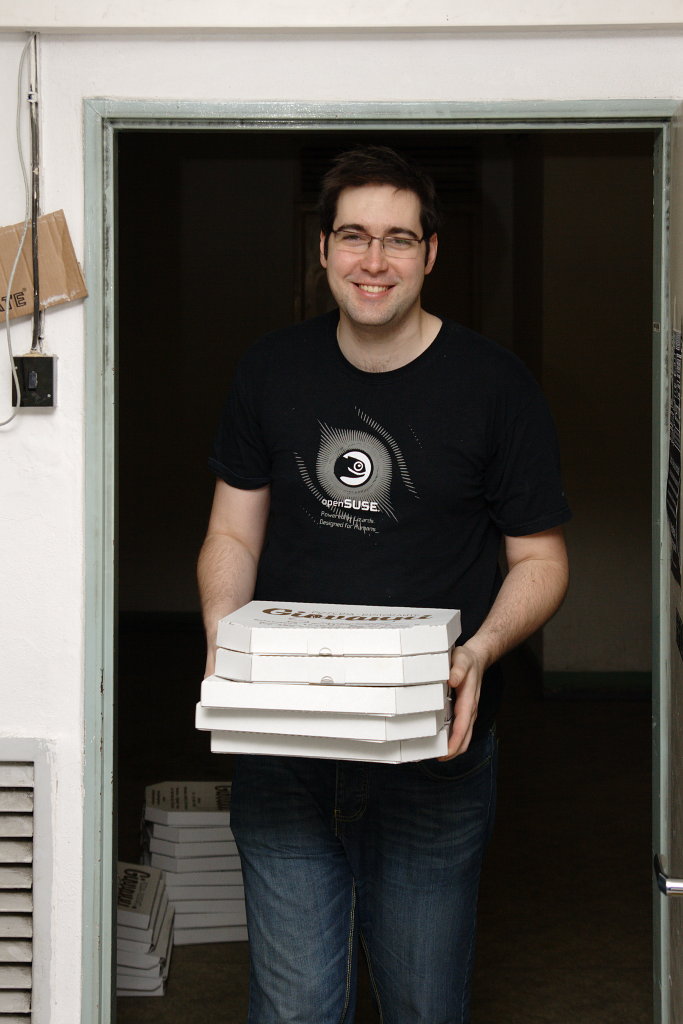 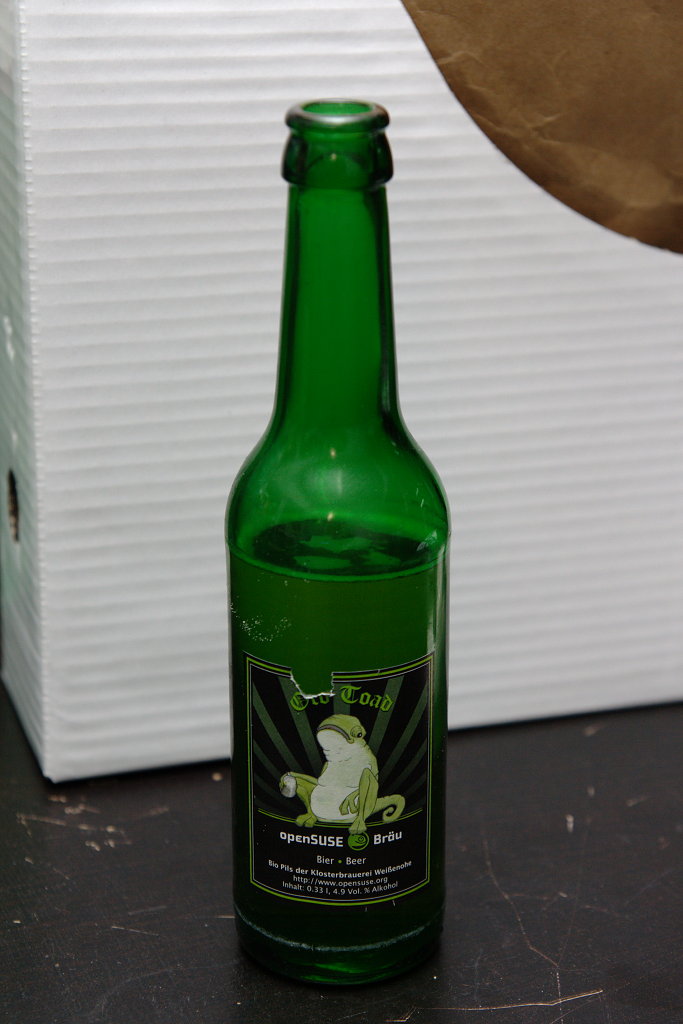 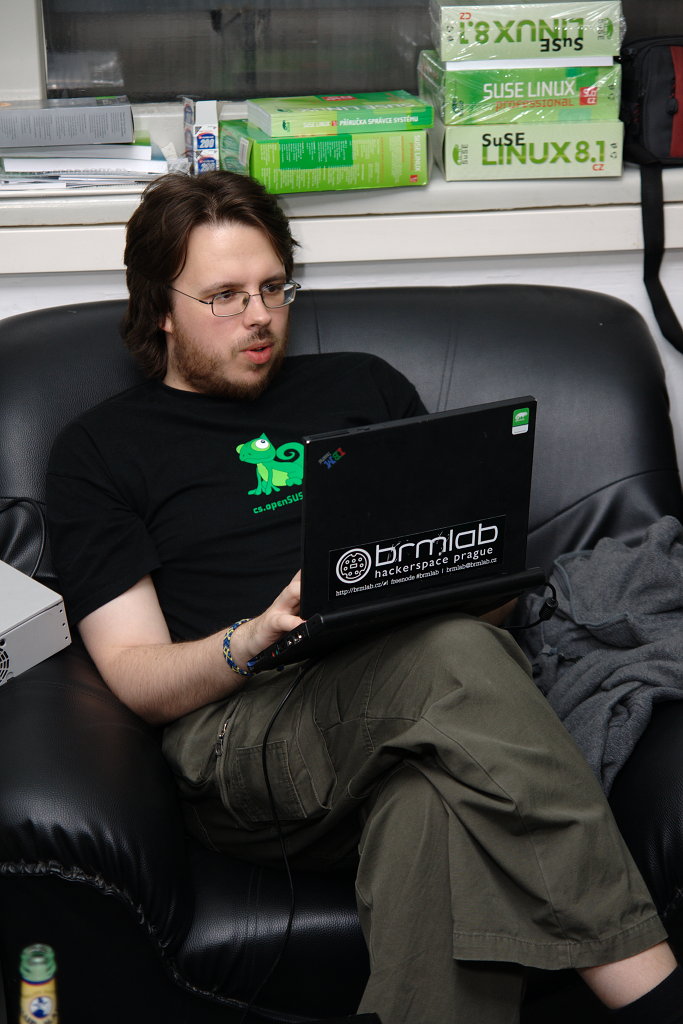 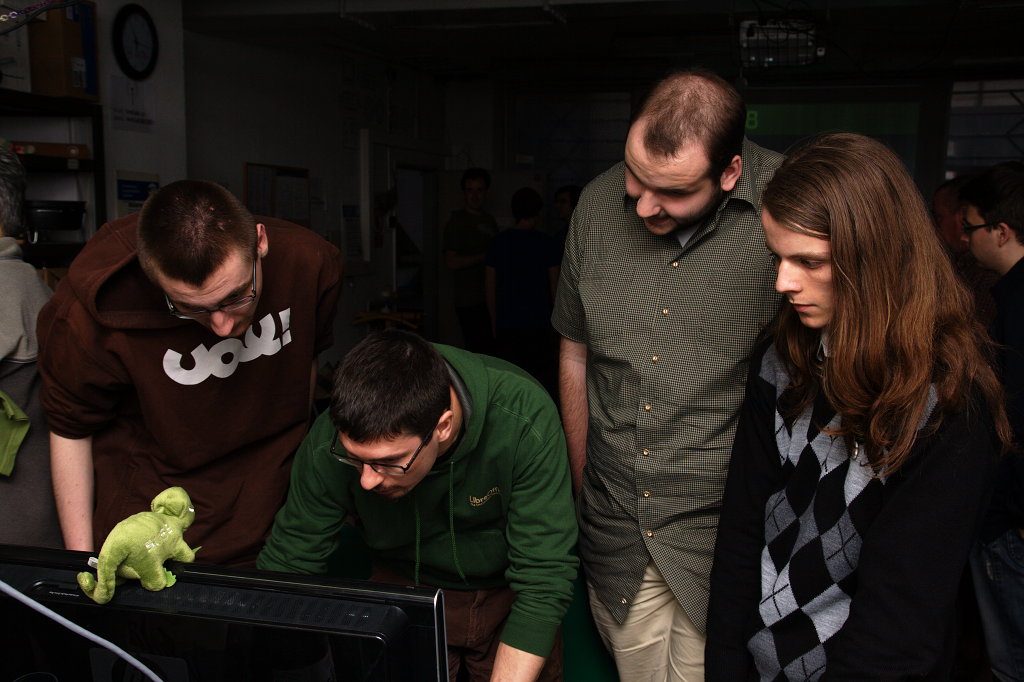 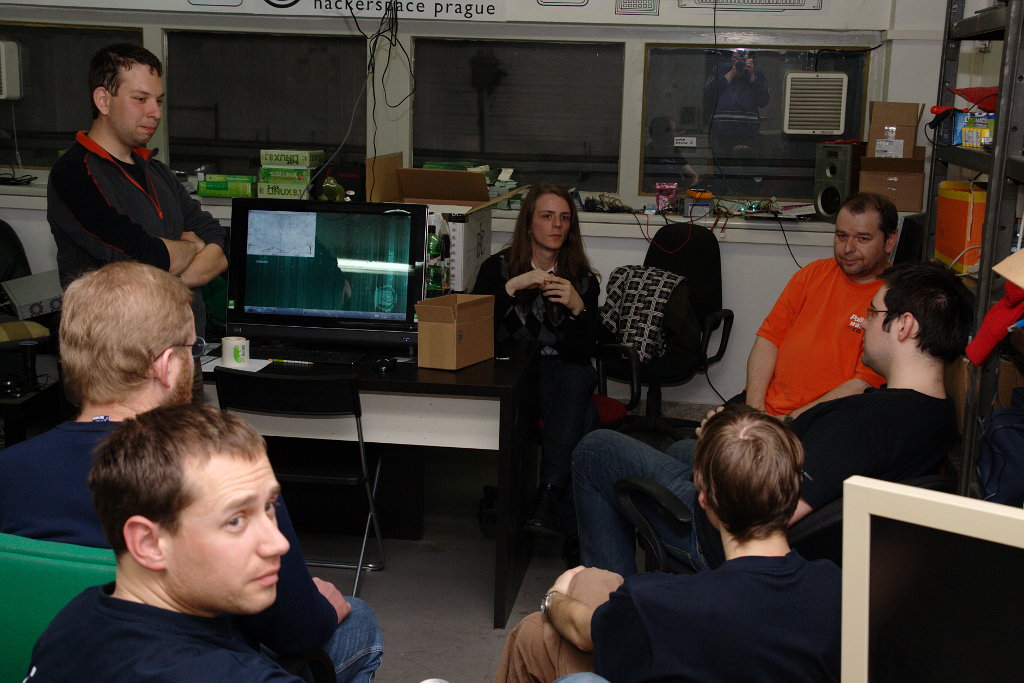 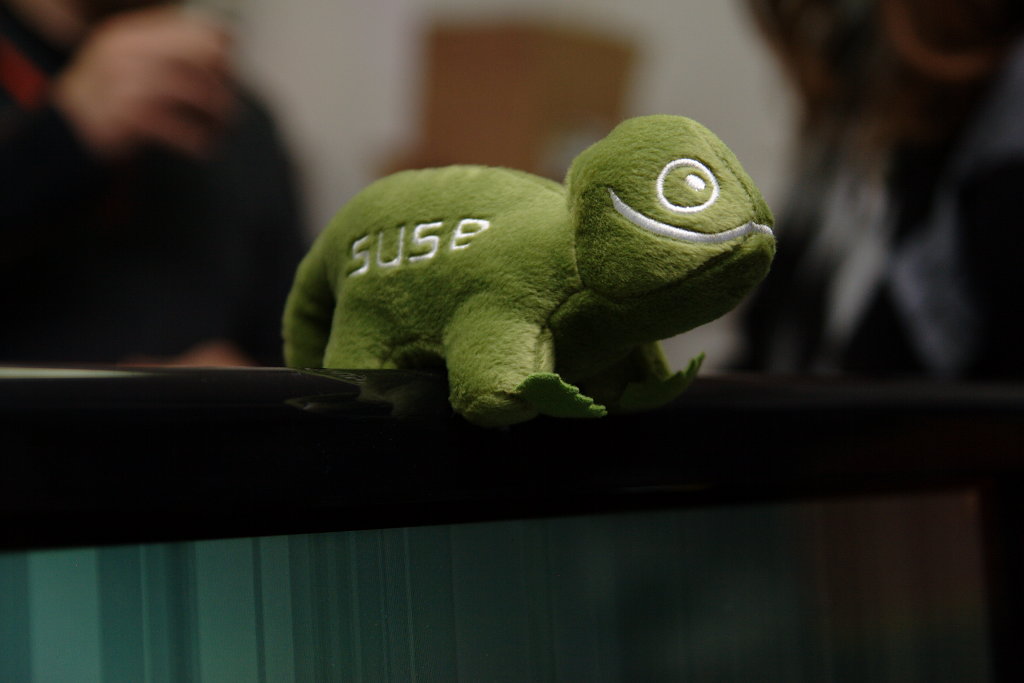 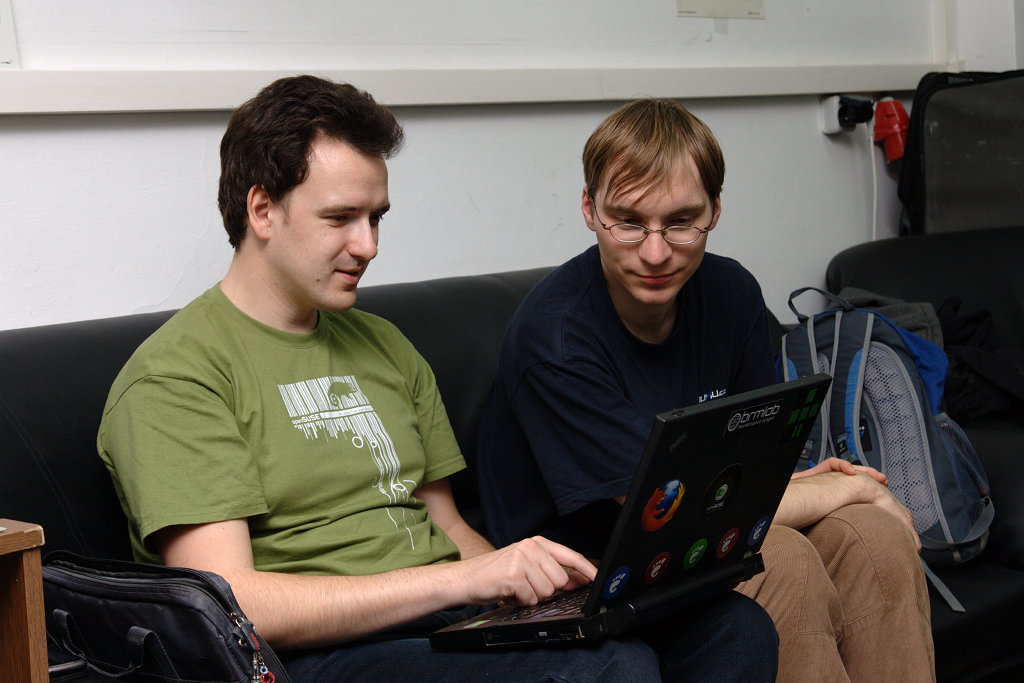 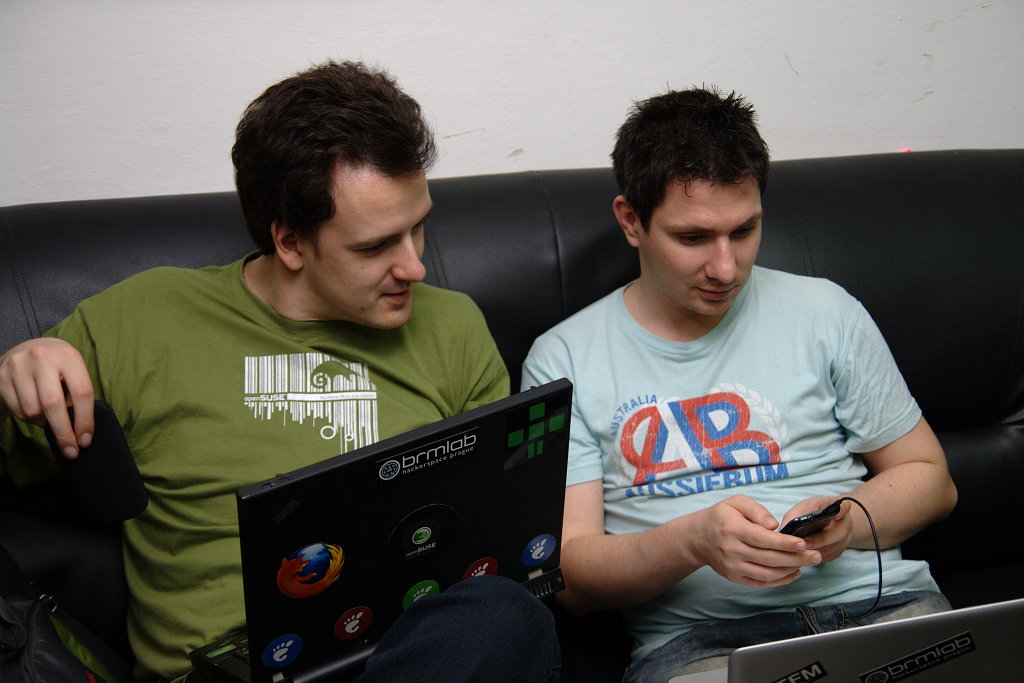 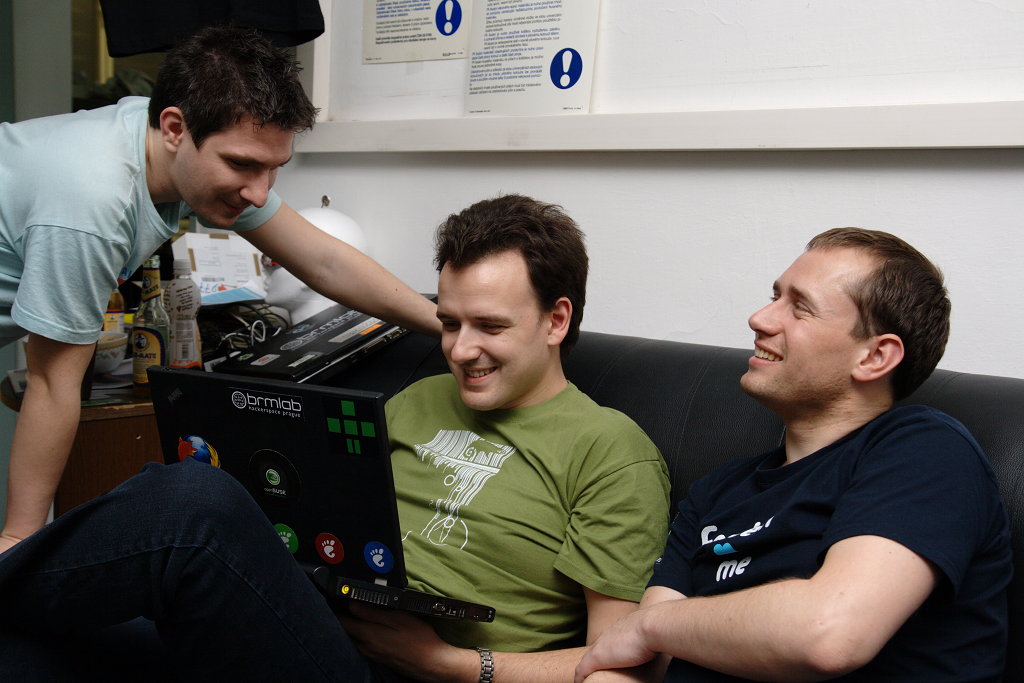 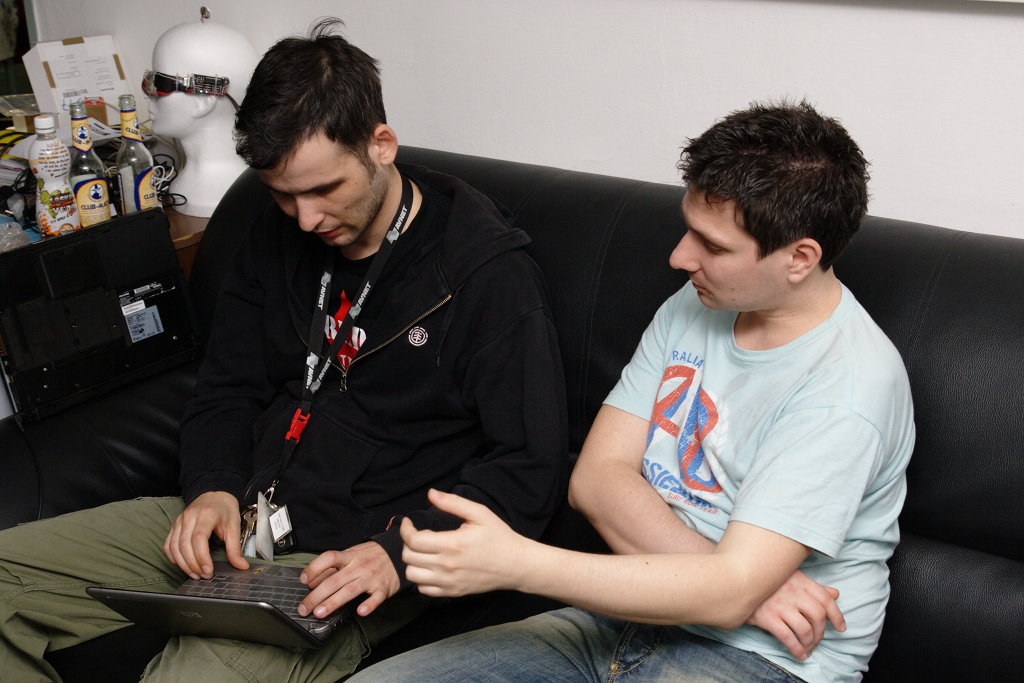 All photos taken by Michal Kubecek, thanks!