I am sure that most of you already saw (or at least heard about) how Watson from IBM competed on the TV quiz show Jeopardy. The software runs on supercomputer which consists of 10 racks of IBM POWER 750 servers (making it a cluster of 90 servers, each having 32 cores with 4 hardware threads) . The much lesser known fact is that this machine is using SUSE Linux Enterprise as its operating system. Except Linux it can also run on AIX and IBM i, but IBM has chosen SLES (probably because it has the best performance on IBM POWER7 among these options), which makes it even more cool! 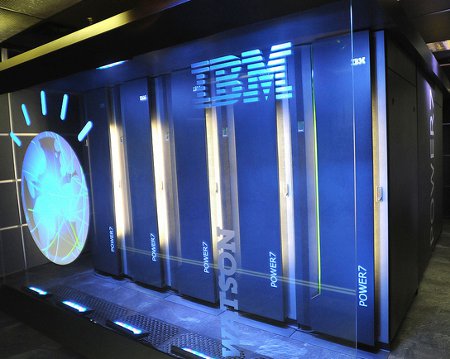 Update: I just found this - it seems that Novell IS promoting this great success story afterall! Cool!

For those who didn’t watch the videos I include here all parts together so you can see them now (and you should!).