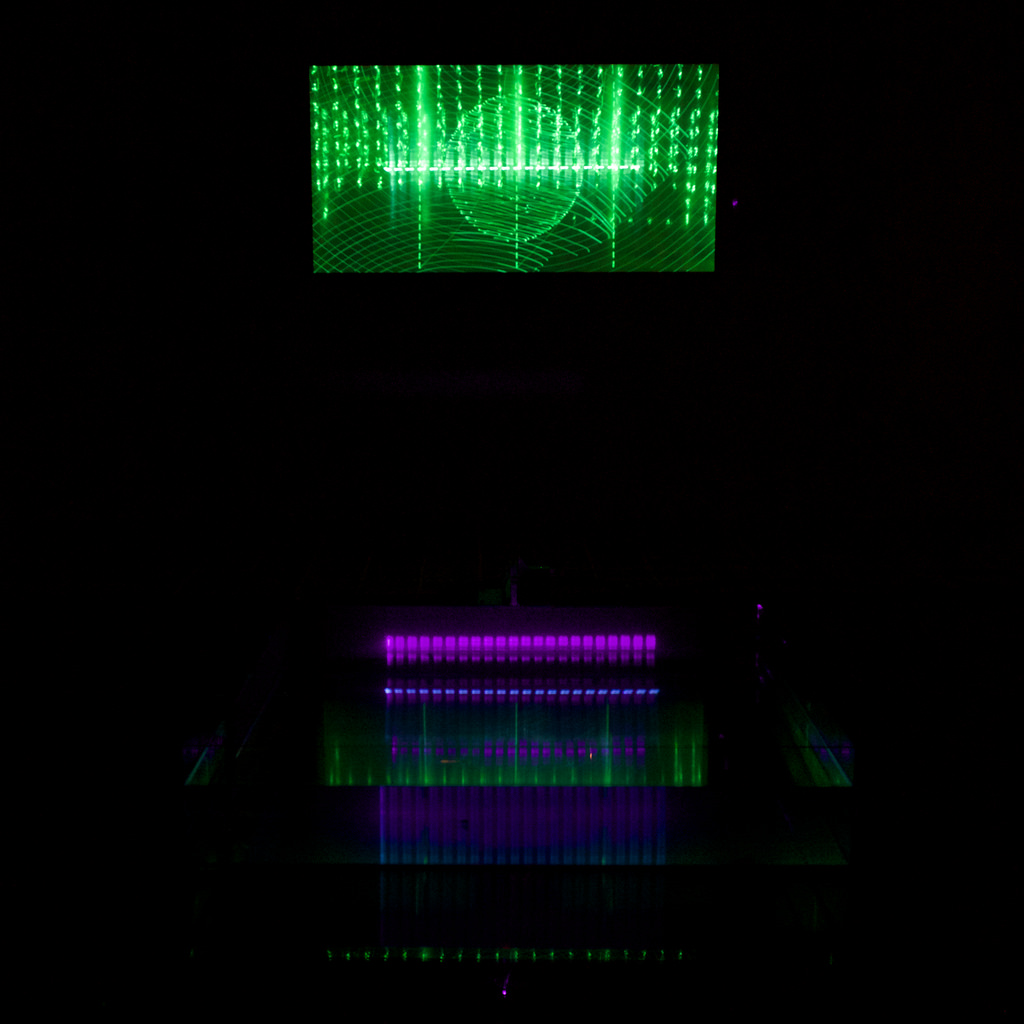 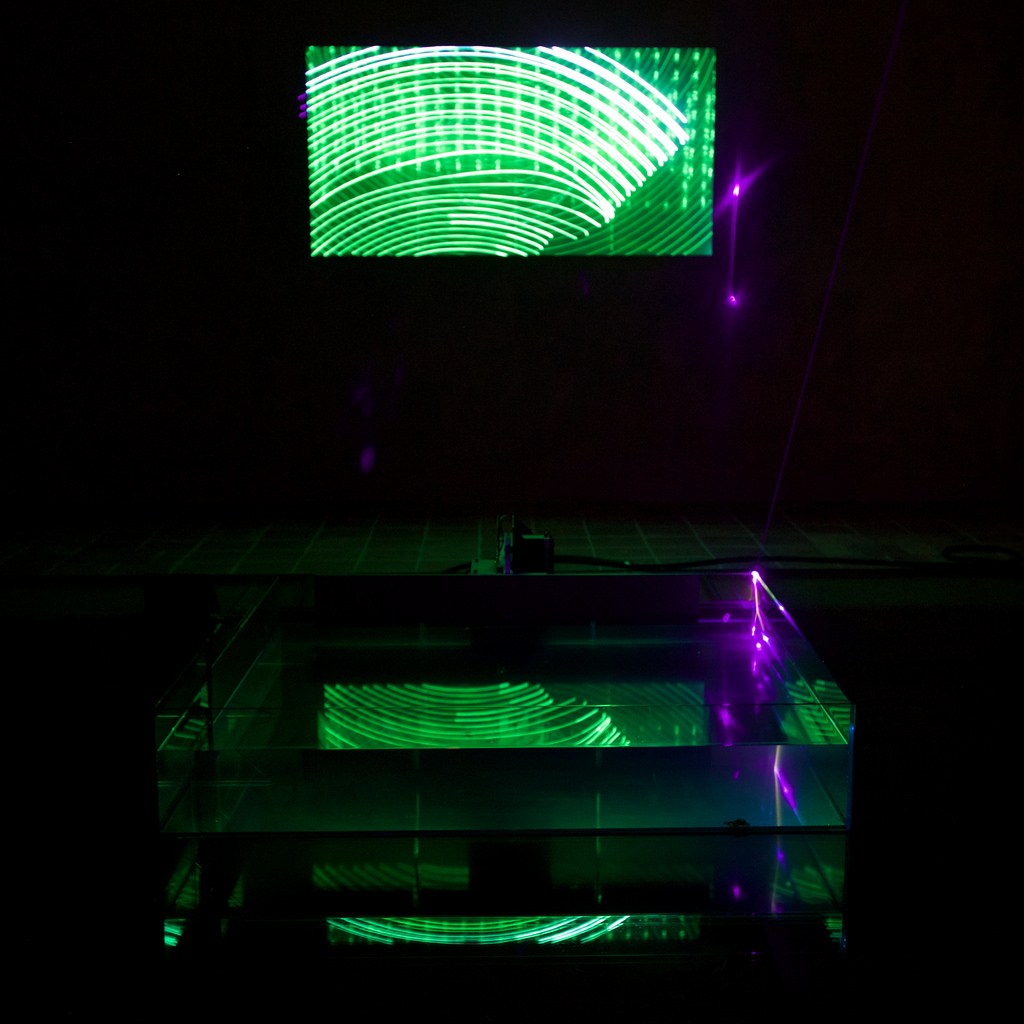 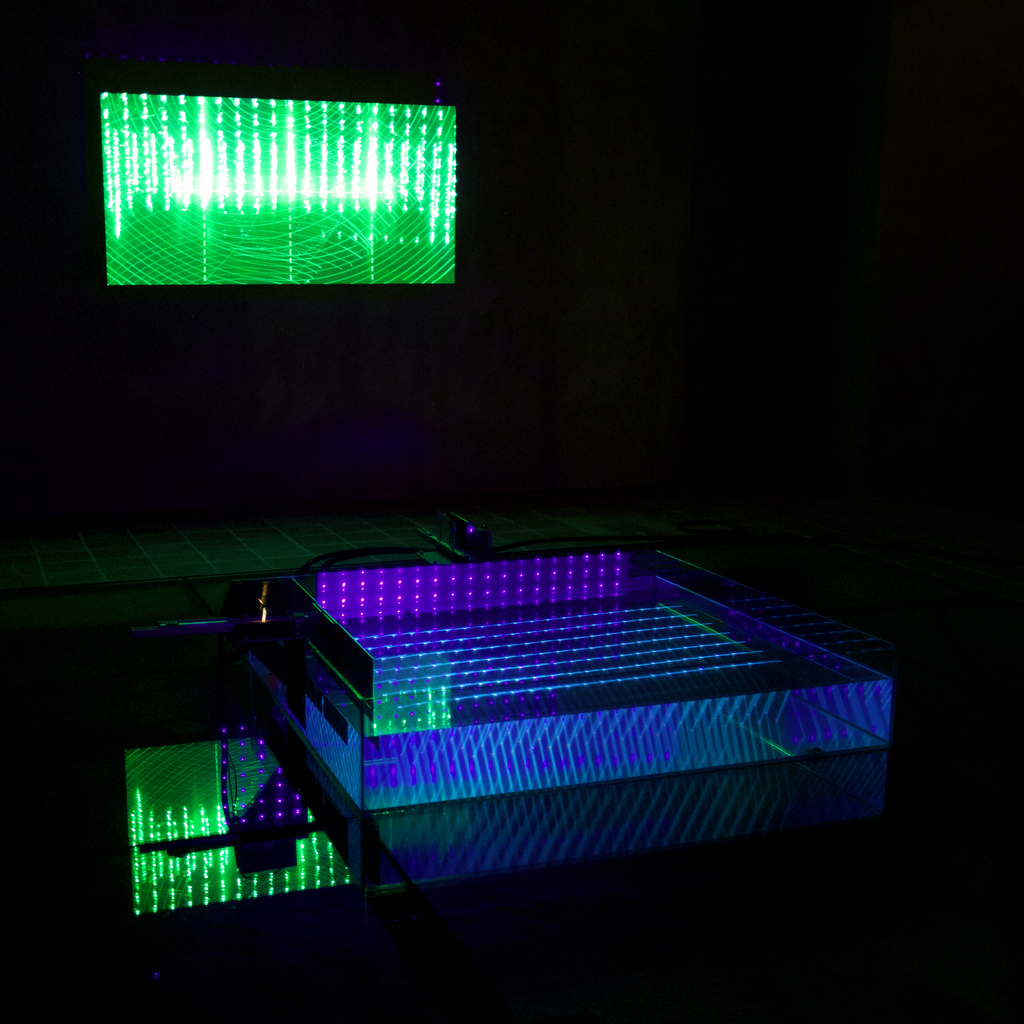 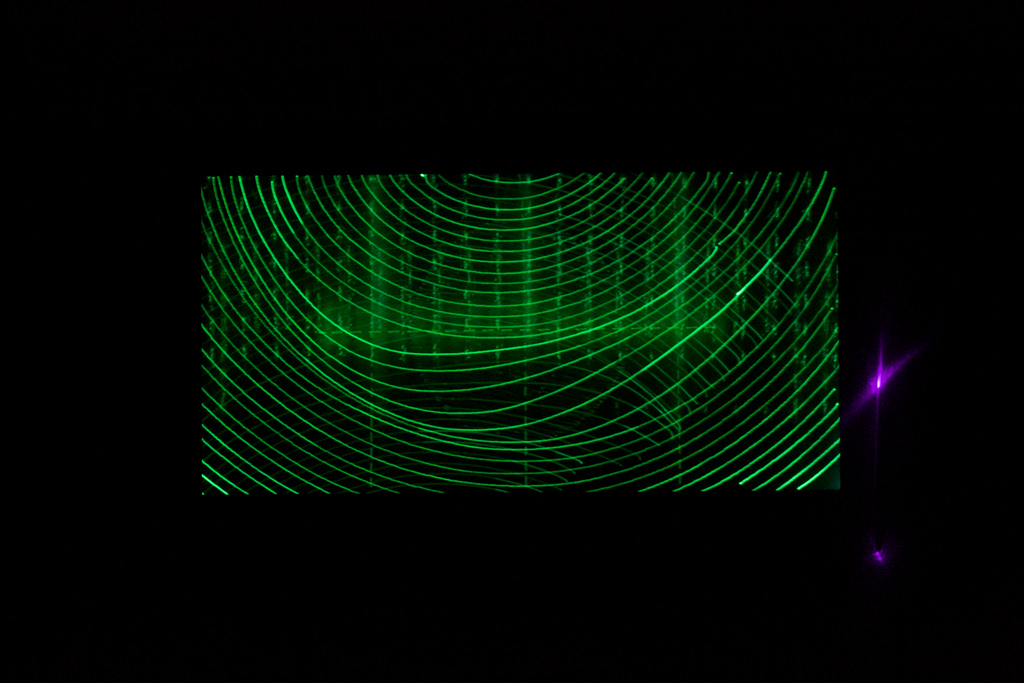 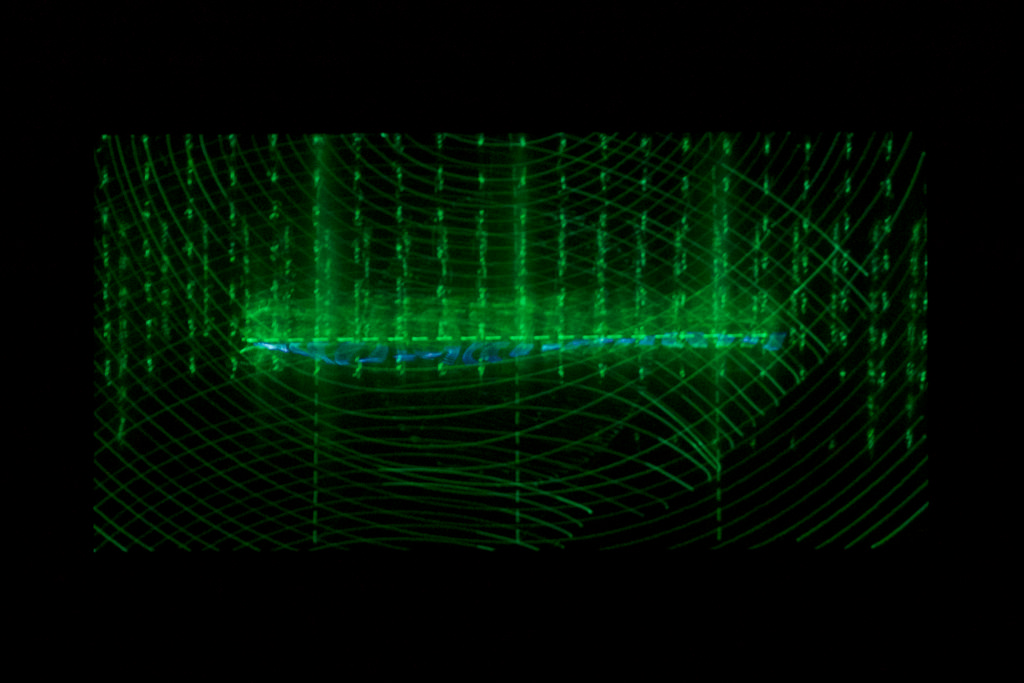 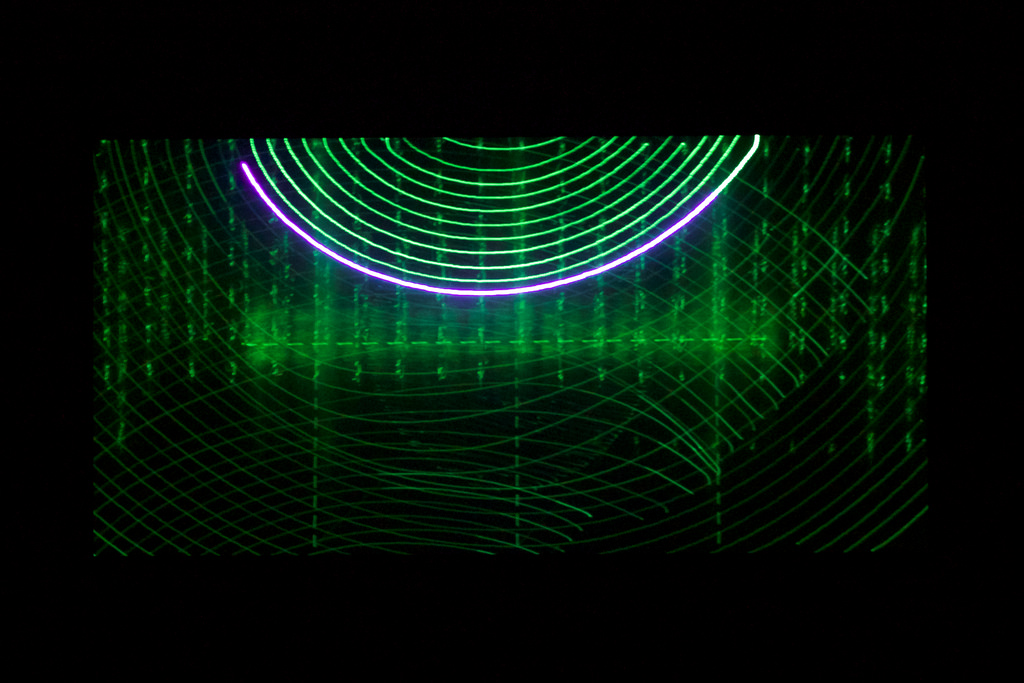 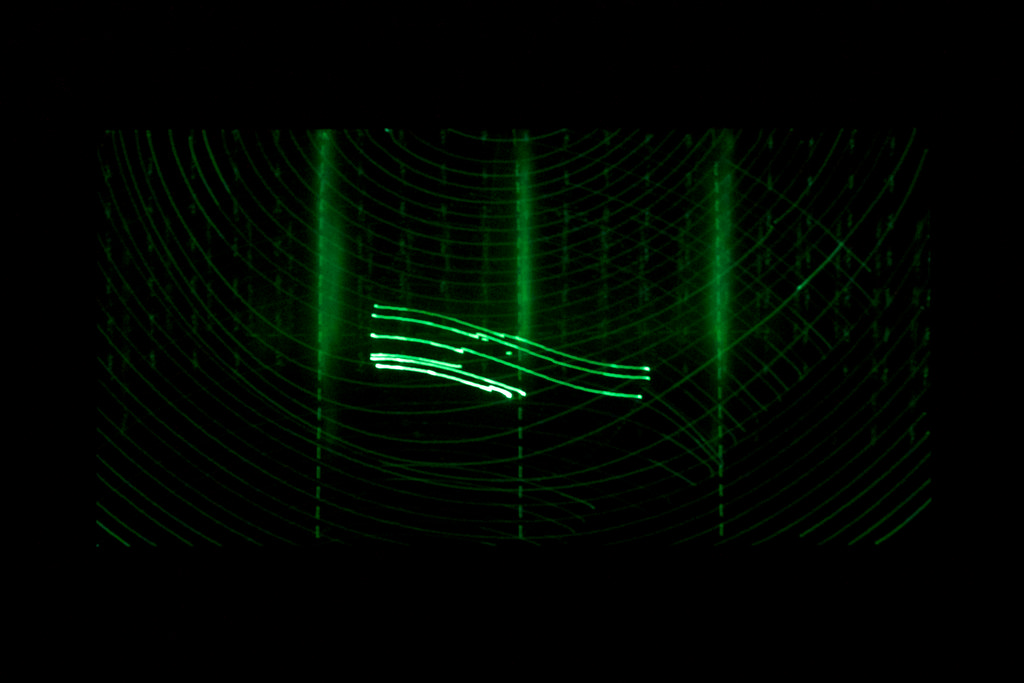 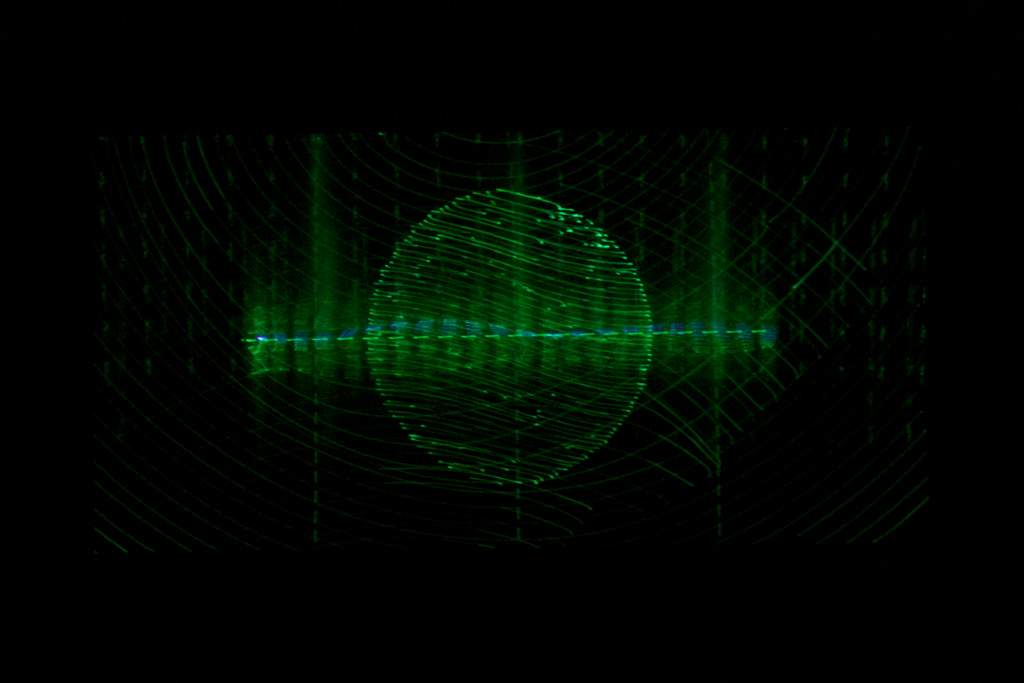 Bartoníček’s exhibition entitled ‘49° 56.822, 15° 15.870’ (taken from the coordinates of where it’s located) is a three-part site-specific project put together specially for the unique spaces of the Gallery of the Central Bohemian Gallery – specifically for the Baroque pharmacy and the spa room of the Jesuit College. All three pieces are poised on the boundary between technological research and conceptual art. The main installation uses a UV laser projector whose construction the artist made himself – the rays of light reflecting off the rippled water’s surface draw abstract structures on a phosphorescent surface. The second work involves the classical technique of screenprinting, combining a traditional printmaking form with the current phenomenon of generative graphics. Using a simple flash of light, the third piece ‘records’ a momentary image of viewers’ faces in their own retinas, raising questions about the delicate borderline between the image of reality and an idea conjured by the human mind.